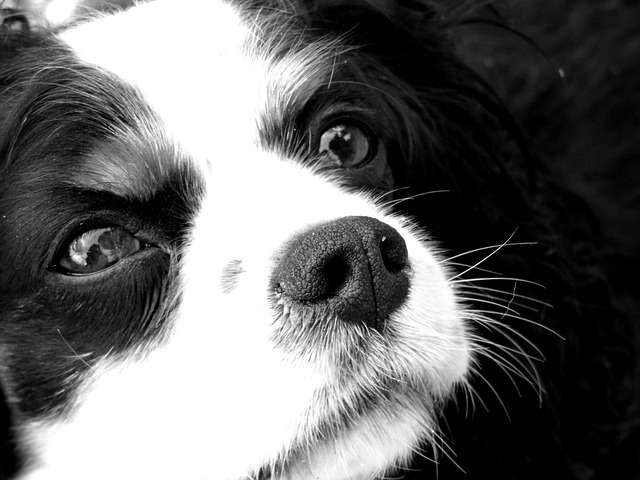 We know you love your pooch and that’s why you’re on this site. For centuries dogs have been near and dear to their owners’ hearts. It’s no wonder with their loyalty, fun loving nature and boundless enthusiasm for your presence! Once you learn these cool and interesting facts, you’ll be even more proud of your amazing dog.

No one likes to lose a pet, but your grief may pale compared to the ancient Egyptians who went all out in their grief when a pet died. They were inconsolable as they cried and wailed and then shaved off their eyebrows and smeared mud in their hair for good measure.

Most pets in the United States have an easy life. Have you ever heard the phrase “raining cats and dogs”?  It isn’t just a colorful way to describe a wild rainstorm. Homeless pets in 17th and 18th century England would sometimes drown without shelter and be seen floating in the streets. But those who had homes would often live outside and find shelter in the roof. The roof was not like the roofs of today. It was a thatched roof. Thatching is dry vegetation such as straw, water reed, rushes and layering the vegetation to shed water away from the inner roof. When the cats and dogs would seek shelter in the thatching, heavy rains could wash them right into the home. That is where the phrase, “raining cats and dogs” came from.

After the horror of September 11, 2001, close to one hundred dogs were deployed to help in the chaos and destruction in New York. These special dogs were already trained in search and rescue. They put that training to good use as they searched Ground Zero for people trapped in the debris and rubble. We’ve often heard stories of the human heroes who emerged in those grim days, but many dogs also worked beside them throughout the endless days. They were undoubtedly a comfort and tremendous help to their handlers as well as the survivors. A small number are still alive today and enjoying a well-deserved rest.

Dogs were popular companions in the early 1900s, especially in high society. Twelve of them were aboard the Titanic. Only first class passengers could bring their pets onboard. One of those was John Jacob Astor IV, a prominent American businessman from New York. He was traveling with his Airedale, Kitty. The dogs who survived the Titanic were small which allowed them to board the lifeboats. Most likely they were concealed from the other passengers. Ann Elizabeth Isham was traveling with her Great Dane and regularly visited him in the ship’s kennel. She wasn’t allowed to bring him in the lifeboat and chose to leave the safety of the lifeboat rather than abandon her beloved pet.

Just as every snowflake and fingerprint is unique, a dog’s nose print is also one of a kind and can be used for identification. It’s not well known by most pet owners that nose prints have been used for many years to identify our canine friends. There are companies that will make a nose impression and add it to a database. Many debate about what a dog’s hot or cold nose means in terms of its health. However there’s no debate that a nose print offers a non-invasive and painless way to identify your dog.

Dog’s senses are much more highly refined than those of their masters. They can pick up high pitched sounds many times higher than human ears are able to hear. Dogs hear best in the range of 8,000 Hz while humans are around 2,000 Hz. And not only that, but the dozen muscles in a dog’s ears are continually moving to detect every nuance of sound around them.

Some dogs can sense an owner’s illness. They may do this by picking up on volatile organic compounds (VOCs) in the air with their incredible sense of smell. Some dogs are better at this than others. Some have sensed impending seizures and diabetic crises and cancers like lung, breast and bladder. A 2011 Japanese study showed a 98% success rate in detecting colorectal cancer when the dogs sniffed breath samples. This provides a more accurate diagnosis than traditional medical tests.

On a lighter note, do you know why your dog kicks up the grass after doing her business in the back yard? That fun dog is establishing her territory in your completely fenced in back yard. She has scent glands conveniently located on her feet. As she scrapes and kicks them on the ground, she leaves her smell to mark her territory.

Your adorable two-year-old and your mature pup are said to be at the same level of intelligence. True or not, dogs are very easy to train and do even better when hand signals are combined with verbal commands.

Have you heard of Canine Musical Freestyle? You and your amazing dog could be the next Ginger Rogers and Fred Astaire. This unique and beautiful dog sport combines dance with obedience training and tricks.

Much to our sadness, the average lifespan of a dog is fifteen years. I’m sure you join us and pet owners worldwide in wishing it was many more!

Does My Dog REALLY Love Me?
7 Great Ways To Make Your Dog Happier
To Top