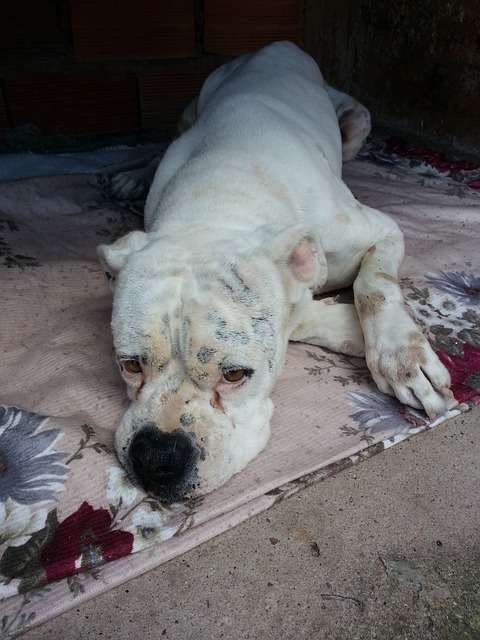 How many more dogs will have to get sick from tainted Chicken Jerky?

How About Some Poisoned Chicken Jerky for Your Dogs, Anyone?

How many more dogs will have to get sick before something is done?

September 2007- Dogs are the public first became aware that dogs were getting sick after eating jerky-type treats and chicken jerky for dogs. Doubtless, there were more dogs who were also victims, but a connection was never made to the treats. Ultimately, over 1,000 dogs died. Complaints have continued to come into the FDA since then.

As of May 1, 2014, the FDA has received reports of illness affecting 5,600 dogs and even several dozen cats and tragically, 3 children. New cases continue to be reported to this day. Most of these chicken jerky and jerky-type treats for dogs were manufactured in China. They also included sweet potato, duck and chicken varieties.

It’s Not Resolved Yet

You would hope that these dangerous treats would be off the market by now and the issue resolved, but that’s not the case. Even now animals being sickened by these treats according to a news release by The Journal of the American Veterinary Medical Association.   Thankfully, cases are less prevalent now, but it is still a problem if any dog is getting sick.

According to the FDA, the culprits in these treats are illegal residues that aren’t approved by our government. They are the antibiotics sulfaclozine, trimethoprim, tilmicosin and enrofloxacin. An additional drug that was also found and has been approved in the U.S. is sulfaquinoxaline. In addition, they found residues of drugs approved for use, but they shouldn’t be detectable in the final product. When they are detectable, they are labeled as illegal. Those drugs include the anti-viral drugs memantine, rimantadine and amantadine. These are allowed for use in poultry in the U.S.

It’s a problem that no treat brands are given by the FDA or the AMVA (American Medical Veterinary Association). A consumer can’t be absolutely certain that they are avoiding the poisoned jerky. Chinese ingredients could be present in treats sourced in other countries. Just because it says made in the USA, doesn’t mean it was sourced in the USA. Nice right? The companies can get their ingredients from anywhere and still say MADE in the USA because it was cooked, created or formed in the USA.

The FDA is not listing the actual manufacturers. Here’s why.  The FDA and the manufacturers DO NOT blame the illegal substances for the illnesses and deaths. Way to protect our fur babies FDA and treat companies.

The advice to consumers is to feed a balanced diet and watch your pet for signs of illness. Some of those signs are a lack of appetite and activity, upset stomach, vomiting and diarrhea. Owners should also watch closely for changes in water intake and urination. Any changes should be mentioned to the veterinarian. The FDA also notes that a balanced diet doesn’t require jerky treats.

At one point in the investigation, internal FDA documents obtained by a news outlet did divulge names of the tainted and poisoned jerky from China. Once consumers had details on the brands of jerky from China, they could make an informed decision about what to buy. Major companies like Nestle Purina and Del Monte did voluntary recalls of the bad jerky products. The treats included Waggin’ Train, Canyon Creek Ranch and Milo’s Kitchen Home-Style Dog Treats.

The victory was short-lived, however. A year later the treats were again available for consumption. NBC News noted that the FDA was no closer to discovering exactly why the pets were sickened and died. Nestle did note that the reintroduced treats were made entirely from U.S. based meat. Del Monte now offers two options of jerky treats with different sources of ingredients one of which is from China. So what had changed? Consumers and veterinarians weren’t happy that there was no information about the changes. What had changed that would give the treats any more credibility than before? Were changes even made?

On the FDA website, it is noted they do believe there is an association between poisoned jerky from China and some of the illnesses and deaths. , However, a number of the animals affected also had other health conditions. Some were found to have cancer, Cushing’s Disease, gastrointestinal issues, Meningitis, internal bleeding and other conditions that contributed to their sickness and death. They also mentioned that in many cases the FDA is getting their information second-hand and there is no opportunity to examine the animal.

Several years ago, the FDA sent a mailing to veterinarians. Health providers were told what information to send when they examine an animal and suspect tainted jerky.

The consumer is in the driver’s seat when deciding on a pet’s diet. It’s true that jerky treats certainly aren’t required for balanced feeding. However, they are really enjoyed by pets and the chewiness makes it a satisfying treat. Let’s face it, sometimes it’s hard to not indulge our furry friends.

There are recipes out there so that you can easily make a jerky-type treat at home using only fresh meat and your oven. You don’t even have to invest in a dehydrator. Obviously, your homemade treats won’t last in the pantry for a year, but they are a good option.

Also in keeping with safety, never keep your pet food and treats within reach of children. They can present a choking hazard for babies and toddlers.

Obviously, it’s a personal choice whether or not to feed your dog commercial jerky-type treats. There is definitely risk involved. Many dogs survived these treats, but you should consider your pet’s overall health when giving them new products. Be very careful if your dog is not in the best of health or has some underlying issues. Eating toxic food could be enough to upset the very delicate balance in his body.

We shouldn’t have to make choices like this when selecting treats for our pets. People are busy and convenience items are great, but there should never be the risk of your pet’s health or life. If you do feel that your pet is in distress at any time, call a health professional and make careful notes of symptoms and behaviors. It’s a good idea to keep original packaging from pet foods and treats until you know there’s not a reaction. Also, if a recall is issued, you will know if your product is involved.

Calling Dr. Dog – Huge Ways a Dog Can Improve Your Health
Moving With Your Dog… Here’s How to Make It Easier!
To Top